Last April, we put into production our first wooden mast wind turbine, a world first blocked two years by the prefecture of Haute-Marne.

Today, we go beyond the prototype stage by climbing the second! 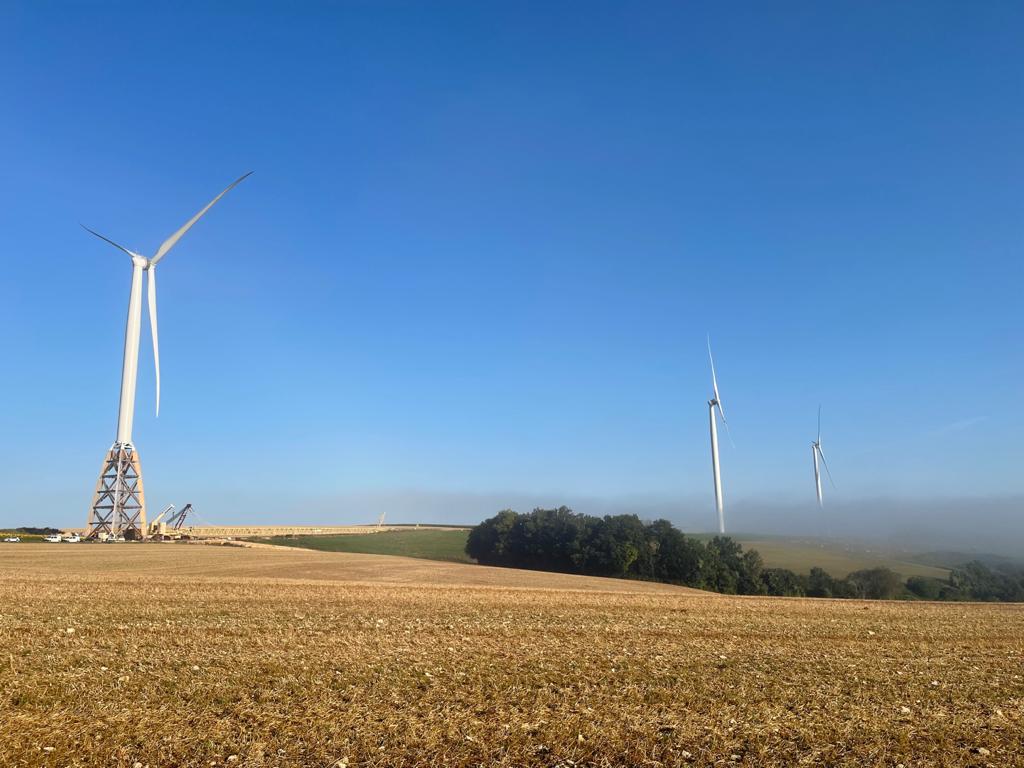 Our Essey-les-Ponts wind farm is divided into two farms: St Julien, composed of 4 steel wind turbines, and St Anne, which will eventually consist of 3 wind turbines with wooden and steel masts.

Advantages of the wooden mast

The wooden and steel mast has many advantages:

– Works undertaken locally in road repair.
– Taxes (IFER, CVAE, CFE) per year only for the Essey les Ponts park: 136,423 euros.
– Better recycling at the end of life.
– French know-how.
– Major innovation.
– Division by 2 of the quantity of steel.
– 8 times less concrete in the foundations of wind turbines.
– French production with French wood, machined in Alsace.
– Division par 2 of CO2 emissions.
– 24 French companies involved in the project against 15 French companies for traditional masts. 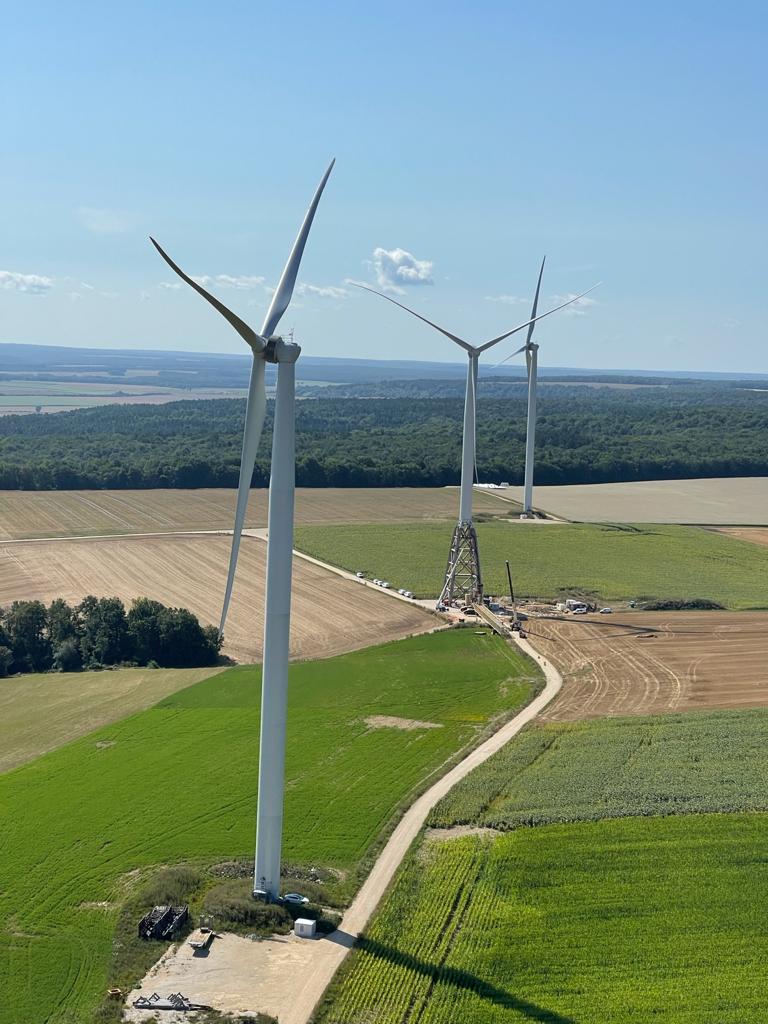 For this second installation, we learned from our mistakes and optimised the construction and thus saved time. The adjustment of the transition part, which had been complicated during the installation of the first wooden mast, was much easier and allowed us to save a week. Overall, better organization and optimization of various technical elements allowed us to gain two to three days.