InnoVent and Nabrawind install the tallest wind turbine in Africa

As part of the development of its 36 MW wind farm in Morocco, InnoVent has partnered with Nabrawind to install Africa’s tallest wind turbine.

“I have been trying for years to reduce the consumption of concrete and steel needed for the installation of InnoVent wind turbines”. – Grégoire Verhaeghe, CEO of InnoVent Group

Las year, InnoVent installed the first hybrid timber/steel masts in the world on 2 MW turbines. Thanks to the four feet of 35 metres of glued laminated timber, InnoVent was able to divide by 2 the amount of steel in the wind turbines, and by 10 the amount of concrete in the foundations, because there are only 4 piles. Woodworking being complex, InnoVent has also invested in Nabrawind‘s steel tripod, which we have successfully installed in Morocco. 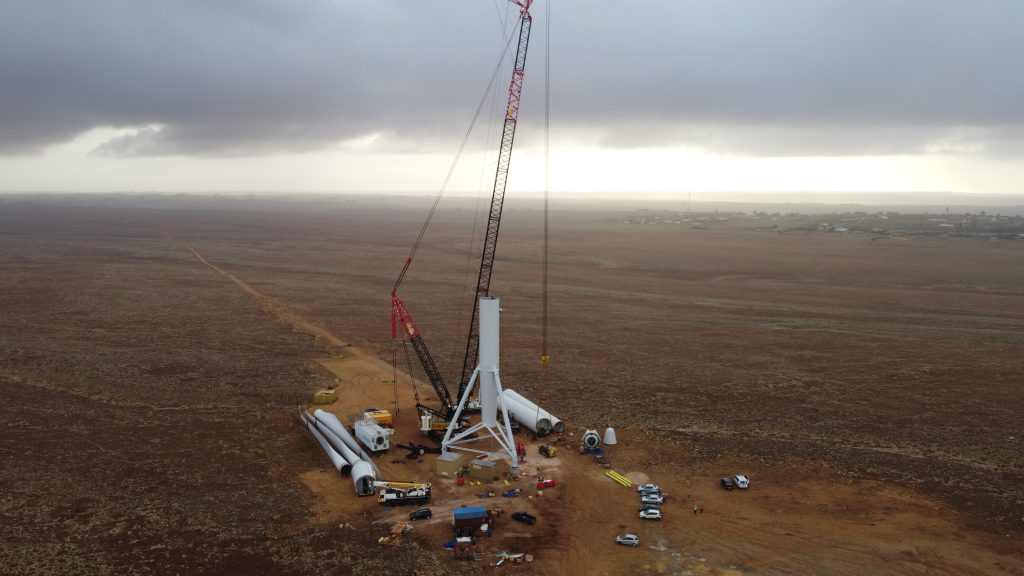 Installation of the transition part

Integrated into a wind farm of 12 located in Oualidia, north-west of Morocco and close to the Atlantic Ocean on an area of 10 hectares, this innovative tripod structure allows to raise the mast in order to reach higher speeds and wind qualities and to gain up to 40% of production.

Here, the structure allows the wind turbine to go from 80 to 144 meters at the rotor (202 meters at the end of the blade), and thus become the highest wind turbine in Africa. It will be able to produce 2,500 MW/h more per year, while reducing the amount of coal used (the country’s main energy source) and saving 2,500 tons of CO2 per year. It will also generate electricity for 2,500 more people than a conventional wind turbine.

It is also lighter than other wind turbines of similar height. The amount of steel is therefore greatly reduced and, unlike hybrid wind turbines, its structure does not contain concrete. 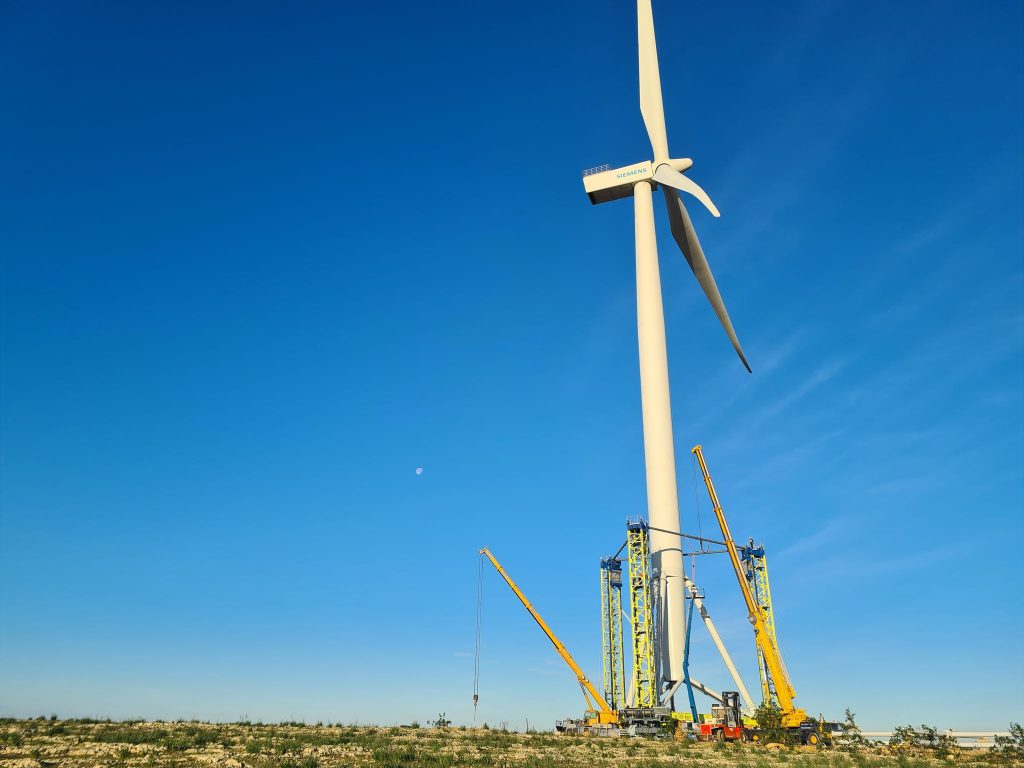 Installation of the lifting system

The highest wind turbine in Africa is in Oualidia (Morocco)

The first part, called Nabrabase, as well as the foundations were successfully installed in the fall of 2020. The Nabrabase is the basic structure of the wind turbine, before the addition of the Nabralift lifting system. This system was gradually added under the structure to increase its height. In two weeks (January 26 to February 10), the foundations allow the load to be distributed in three points anchored on the ground.

This is the first time a wind turbine of this size has been installed without the use of cranes. The lifting system has lifted as many as 700 tons in high wind conditions, with gusts of up to 15 m/s. The logistics are also greatly reduced, notably reducing the number of trucks needed by 60%.

This project concretizes the strong partnership between InnoVent and Nabrawind. InnoVent believed in this solution from the outset and is its first and, for the moment, only customer.

In addition to this Oualidia project, the two companies worked together on the implementation of BladeRunner in Bignan. Thanks to this pulley system located inside the rotor, the blade can descend along the mast. This avoids the need for cranes to replace or troubleshoot blades and reduces replacement costs by 70%. We were able to remove and replace the damaged blade from Bignan Park in less than a day!

The two companies plan to develop new projects together, especially in France and Namibia. 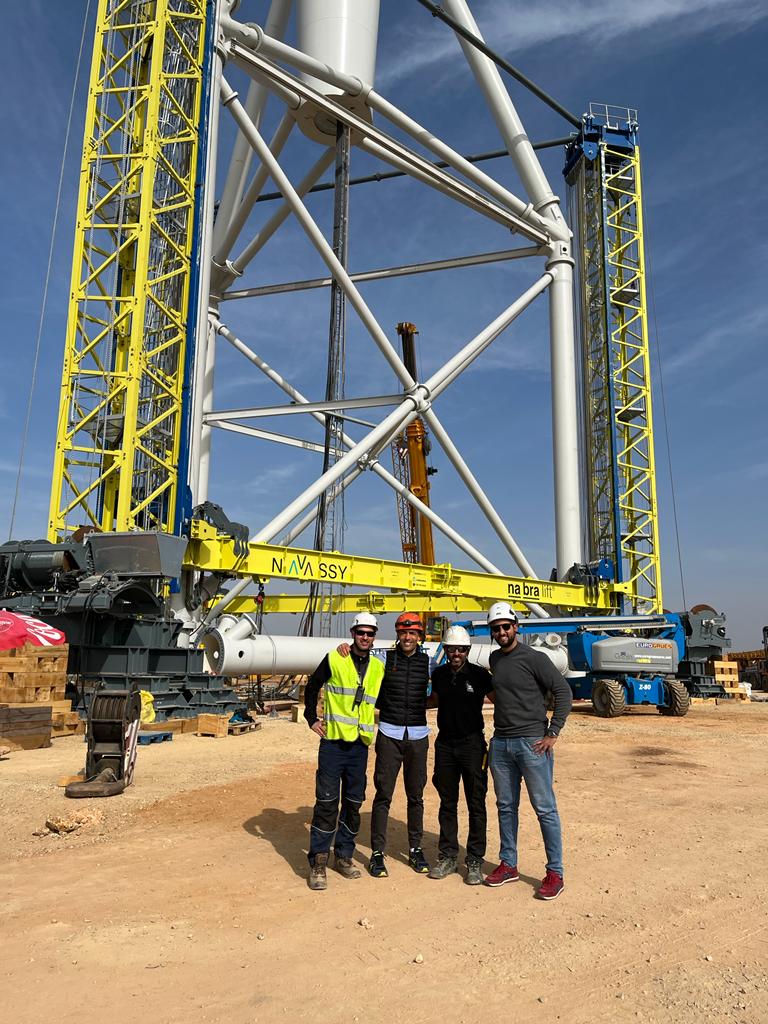 Part of the InnoVent and Nabrawind team